The Daughter of a Notorious Pirate

Torn between the adventurous, restless nature you inherited from your mother and the tortured worries of your gentle, bereaved father, you could think of only one solution: become one of Hise's delegates to the summit and explore a new world. You have seven weeks to discover a new kind of adventure than the open sea. Surely there will be more to the summit than dancing and prancing and mannering, and you intend to find it.

Upon creation, she will gain a boost of 25 to charisma, courage, cunning and knowledge of warfare.

She will lean towards an innovative personality and earn Hise approval. She starts off with 150 gold.

During week 1, she tells Clarmont a story about having "kidnapped a goat and held it ransom" when trying to confront a boy who was bullying other children.

She receives an anonymous note reading 'your mother is alive'.

She dispatches a letter to her/her mother's former crew, asking for more information about the circumstances of her mother's disappearance.

A reply arrives from her crew which is not terribly illuminating.

Hise MC's famous mother and a rather large shadow that she lives under but one she is proud of. During good weather, she would be with her mother learning to sail and all other sorts of things. MC assumed she was dead until events at the summit suggested otherwise

Originally from Wellin, Hise MC and her father don't always see eye to eye. Her piracy was the cause of great stress for him and she didn't understand the point in the "proper" classes he insisted she take.

However, they do love each other dearly. Her father lost much weight and looked to have aged several year worrying over her which resulted in Hise MC giving up her captaincy.

Hise MC has met most of the people from her delegation before. She met some of them at the contest which was held in Hise to determine the delegates of the summit and others on the voyage to the summit, all save for two who came to the isle on their own ships. Hamin, the son of the leader of the free cities, who was given the courtesy title of prince at the summit, and his cousin Cordelia, an actual Princess on her mother's side.

Hise MC met him at the welcome feast for the first time. Initially, she was madly curious about both him and Cordelia.

The MC has heard that he is already on the path to surpass his father despite still being young and is glad to finally have the opportunity to meet the budding legend in the flesh.

"We may be uncouth pirates, but you should know we appreciate things of beauty. Practical or not."

Hise MC met her at the welcome feast for the first time. Initially, she was madly curious about both her and Hamin.

The MC hasn't heard many stories of Princess Cordelia. One of the few she has is that the princess did not hear the call of the wind. She notes that this would be considered a tragedy to any in Hise. 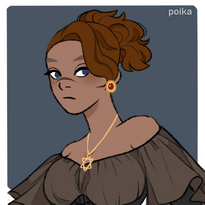 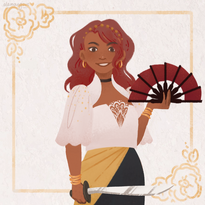