“Lovely indeed. But not as lovely as the people gracing its halls.”
—Lisle

Lisle is a delegate from Wellin and the heir to Wellin's crown. See also guide to interacting with Lisle.

Crown Prince Lisle is famous for being perfect at everything a prince should be. Charming, smart, polite, kind and close with his younger sister, Lisle could have come straight from the storybooks. He has it all: looks, talent, respect and most of all, a very bright future.

But despite their attempts, no one has had any luck getting close with him. Will you be able to see the truth behind the mask of the perfect prince?

Prince Lisle is extremely handsome, with brownish-blond  hair, hazel eyes and a simple elegant style that highlights his thin build and lengthens his average height.

Prince Lisle, is often touted as an example of a perfect heir. Serious, thoughtful, intelligent and considerate, he tends to win over any visiting diplomat.

Still, no one really knows what's going on inside his head, since he is a very private, serious sort of person. The 'Perfect Prince' has no scandals or misadventures to speak of, and has given his royal parents no reason to be concerned over him.

He is said to be careful and somewhat quiet about his personal opinions and personal life. He is very serious about his duties to Wellin and his greatest ambition is to do what is best for his kingdom and his people.

“You haven't heard many rumors of the Prince, which wouldn't be unusual, except for Welling Ladies gossip so much that even you have heard so many about most of your fellows that you even remember some of them. You know he is said to be careful and somewhat quiet about his personal opinions and personal life. That he is very serious about his duties to Wellin. Frankly, he sounds nice and all, but you aren't sure if he's your kind of person. Everything you have heard about him makes you think he's a little boring.”
—Tomboy Countess

If friendship is high enough, he will show up and award the MC +5 points of leadership skill for a successful outing.

Penelope and Lisle are both candidates to be on the MC's team.

Lisle does not give the MC any gifts before the matchmaker breakfast as he does not wish to mislead the MC into thinking he has any romantic intentions. [1]

If you spend time with Lisle during week three, during the final interview with the Matchmaker she will say: "That proper prince from Wellin unbent enough to let slip that the pair of you might have possibly come to some sort of understanding. A strange business that would be, but I don't judge what form heartbonds take."

Lisle will come invite the mc for a walk if the mc manages to dissuade Penelope from marrying the duke from her home and possesses a favorable impression, by agreeing to this invitation, the player will then be clued regarding his deepest secret (sexuality) wherein the players can chose whether to be sympathetic, clueless or downward cruel if they possesses high enough of an insight (mine was around 95, but I checked it towards the end so it might've been less). If the mc simply doesn't posses the required insight then the scene would end with the mc merely wondering on what Lisle had wanted to convey.

His sister, they adore each other.

They have very different ideas about duty and responsibility, though they don't typically argue. They simply have (serious) ideological differences.[2] 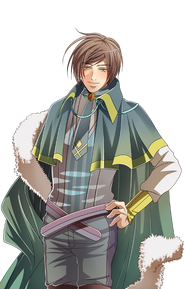 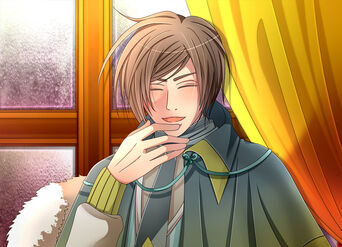 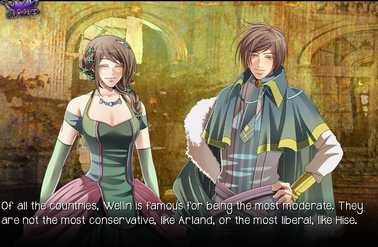