“I declare myself all admiration and a happy man indeed to have met you.”
—Clarmont

He is from the Revaire. See also: Guide to Impressing Clarmont

Unlike his fellow delegates from Revaire, Lord Clarmont is known for his charming manner and a warm smile. Somehow, he always manages to find the right thing to say. He makes for great company, but that doesn’t mean he is easy to get to know.

During these troubling times, will it even be possible to see his true face? Or will you always meet the charming mask?

He is carefully dressed, in dark blues that suit his dark tan skin and match his dark blue eyes. His hair is mussed where he clearly just ran his hands through it.

Unlike the rest of the court, he has the reputation of being quite serious. He is shown to be a person noble of heart and intentions, only taking a liking to you if you are able to rescue Penelope, and treat the servant kindly after he sends her to bump into you intentionally. He is also frequently associating with the servants of the Isles as well as helping them on occasion.

His dialogue has two (mutually exclusive) options that grant +5 to insight, depending on whether the MC answers that she is or is not glad to be at the summit. Answering that she intends to follow in Katyia's footsteps will draw the attention of the rebels.

To get his date, successfully divert Jarrod from Penelope. There are four possible ways to do this: 50 courage (produces - Revaire approval), 75 manipulation, 200 likability, or 75 academics (only available to Jiyel!MC who selects both academics options in the CC).

Requires an ethical MC, or else 75 points in manipulation. Clarmont apparently sets up a little test that's meant to ascertain the MC's attitude towards servants/commoners. Passing the test and completing the event successfully grants +10 to leadership.

His extreme disinterest in academia means that successfully inviting him to a history lecture provides a noticeable boost to the event's overall success.

Clarmont will accept an invitation to join the boat race, and provide a leadership boost to the team (assuming Ana isn't recruited also).

If successfully completed his week 1 event, Clarmont can be found in the gardens. Completing this event grants a +5 bonus to leadership and eloquence.

Clarmont's presence at the midnight picnic event can prevent things from getting out of control (much to Jorges' ire) if the MC's persuasion skill is not high enough. However, doing this would in turn reduce the completion of the challenge from perfect success to a mere amazing / great success.

If the MC has unlocked his romance, the Matchmaker will say: "Lord Clarmont didn't have much to say, about you or anything else that wasn't polite nonsense. But I did succeed in making him blush on your account, which says more to me than words."

If you ask the Matchmaker about him during the final interview, she will say: "If you want to know about him, you are going to have to ask the boy himself. Spent his entire interview trying to talk about me if you would believe it. When he wasn't talking about you. But my impression is charming, if heavily burdened. I trust you know what you are about with him."

He is chosen as a juror for the trial.

He takes part in the play production as a lead role.

If you discover all the relevant secrets:

You may uncover that Clarmont is actually apart of the rebel faction in Revaire, and likely apart of the group Gisette and Jarrod came to uncover as it poses a threat to their power. (See Jarrod's POV)

But yes, of the pair the Countess is the higher ranking between her and Clarmont. Although marrying him would technically make him an Earl it would actually be a courtesy title and he would still be referred to as “Lord” for, he doesn’t actually get to take over her rank. That is reserved for her firstborn child (after she dies). Since he already has an equivalent rank, his status wouldn’t change.

Depending on how things work out, they would probably split their time between their respective counties.

The MC being a good person is something that is really important to Lord Clarmont.

Clarmont lives in his estates with his dog named Moncha. She doesn't have any puppies because Clarmont didn’t want her to suffer. Moncha will (eventually) accept any MC who makes Clarmont happy and might start to like the MC more which will make Clarmont jealous 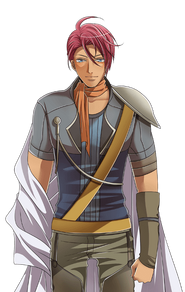